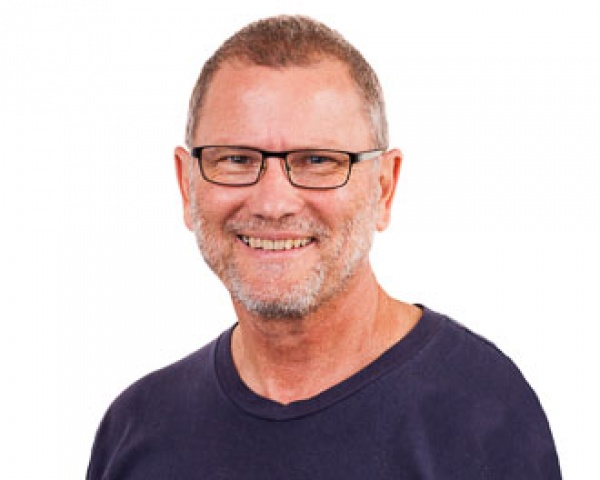 Mindfulness is both a professional and personal interest for AUT’s professor of psychology and rehabilitation, Richard Siegert.

His first introduction to formal mindfulness training was through the 8-week online mindfulness course taught by Grant Rix.

“I had been curious about mindfulness, but had only tried the occasional meditation or yoga, when I felt stressed,” says Richard (pictured right). “With my work and family commitments it would tend to fall by the wayside, after a time.“

The self-described “occasional, erratic practitioner” was inspired by Grant’s enthusiasm for the practice and thought it was time he did a proper course with a qualified practitioner.

“Grant has a lovely, balanced approach which is good for novice practitioners,” Richard says. “Other benefits are the theory behind mindfulness, the formal training and being part of a group,” Richard says.

Completing the course wasn’t without its challenges, however, with one of the biggest being simply finding the time.

“Grant made it easier when he told us that no one has time to meditate, you have to make the time,” Richard says. “So at the end of the day I close my office door, put up the ‘Do Not Disturb’ sign and spend at least 10 minutes on mindfulness practice.

Richard is impressed he‘s not only been able to commit to the daily activity, he’s kept going beyond the end of the course.

“Mindfulness takes will power, discipline and a time commitment,” he says. “It can be the first thing you drop when things get frantic, but that is when you most need to practice mindfulness – and it is worth doing, because it is enjoyable and calming.”

Integrating mindfulness into teaching and research

Richard plans to embed mindfulness practice into his daily routine for six to 12 months, before he considers a more advanced course or retreat.

In the meantime, he’s integrated mindfulness into one paper on psychological testing and data. “Statistics can be quite a dry topic, so using data about mindfulness is an interesting and relatable way for students to be introduced to psychology.”

Richard also intends exploring the use of mindfulness meditation techniques with people who have had a brain injury as part of his work at AUT’s Person-Centred Research Centre.